‘Sighs Ten’ is a poetic look at ten encounters with men met on Grindr. Marcus Reeves, known on the alternative cabaret circuit, has written a collection that is at times tender, others brutal, and when at its best caustically funny.

A launch event of the re-release of the book at Haggerston’s The Glory saw Reeves performing pieces from the book as well as two previous albums ‘Quicksilver’ and ‘Postcards from God – The Sister Wendy Musical’. In person Reeves is a captivating presence, filling his songs and poetry with sadness and longing and a stinging sense of humour. The work is visceral, and he pulls no punches as he describes the promiscuous side of London’s kinky gay scene:

‘You’re a lovely guy, but how do I say this? You’re really bad at kissing

You’re a lovely guy, but I’m not into being fisted

Reeves is keen to distance himself from gay male stereotype: ‘As a gay man, I’m a total disaster / There are so many rules that I’m yet to master’, he writes, and then attacks the image of the gay male of magazine culture and prime time TV. It’s refreshing to hear someone distancing themselves from these restrictions.

One of the stand out poems ‘Eat you Whole’ is an innuendo ode of lust. It’s delivered in a sexually charged recipe that would make Nigella blush. Reeves is not for the faint hearted, delivering endless graphic images without a flinch.

Some of the more down beat songs lack the punch of the often hilarious extracts from ‘Postcards from God – The Sister Wendy Musical’, but the overall night was a real success. ‘Sighs Ten’ is a body of work that shines a light on the dark side of the modern gay dating scene, and exposes the pain and heartbreak behind the sex.

The book is available to buy at http://www.reevescorner.co.uk, or as an audio book on Audible. At under ten pound it might be a sound option for those awkward to buy for Secret Santas… 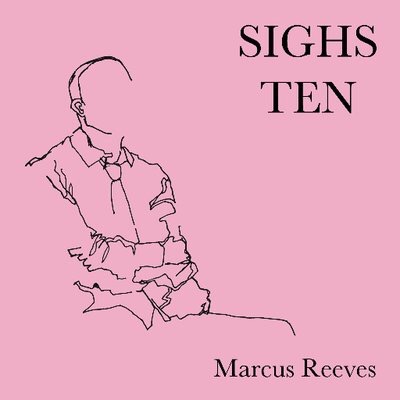