This year BFI Flare have categorised films in to ‘Hearts’, ‘Minds’, ‘Bodies’ and ‘Winks and Nudges’, with shorts grouped together in each category. Falling Free is a collection of UK shorts grouped together under the Hearts section. There’s something for everyone, and this range of shorts formed a varied hour of viewing.  Here are some reviews from a few that caught our eye:

The concept behind this short was of a pre-transition teenager meeting their post-transition adult self. The idea was great, but I felt could have even been pushed a little further. That said, the conversation between the two characters felt soft and genuine, and was intriguing to watch. The narrative at times felt a little bizarre, especially at the moment our teenage protagonist threw up over the shoes of a girl she fancied, and the girl seemed not to react at all. Despite this, all in all it was an enjoyable watch, with an interesting idea driving it.

This one was my personal favourite of this section of shorts. It felt edgy and real. Told from the point of view of twelve year old Ella, the story keeps us guessing as it unraveled little by little, the non-linear narrative also keeps us guessing. It also subtly alludes to the failings of sex education in the UK at the moment – with many conversations around the importance of LGBT sex education being included in the school curriculum (with frighteningly few schools covering it). There were several breath-holding moments in this one, which made it a thoroughly enjoyable watch.

Most memorable to me from this short are its striking monochrome colours, black hair, white walls, square framed black glasses – everything about the female protagonist is angular, upright and a bit awkward. This piece starts on a Monday at a ubiquitous British train station. We follow an unnamed teenage protagonist as she develops a crush on a girl she sees on the station platform. It immediately invokes all of those feelings many of us will have felt as a teenager when we spotted that person that had the ability to make our over excitable heart lurch, and I was graceful for the reminiscence it allows. I was prepared for the story to last a week, and found myself entering the swing of the narrative, when it ended quite abruptly on Wednesday. I felt I was left hanging, I wanted a Thursday and a Friday at least – and a Saturday and Sunday thrown in would have been an added bonus. Otherwise, it was a sweet short that bright back more than a few memories.

Revisiting the life of a now aged drag-queen we meet Doris out of costume as she reflects upon her regrets and triumphs from years gone by, from a chair in a nursing home. Captured in her imagination as she once again becomes Doris, a series of dazzling close-ups create a patchwork of her former life, as she tells her story. Though a little predictable, it’s touching and certainly left me feeling moved. An odd epilogue that came after the story’s conclusion of a drag queen onstage answering the questions of an unseen interrogator felt tangential, and dulled the poignancy of the ending.

The unmistakable style of DV8 shines through in this piece. At first I thought it would be far more suited to theatre, but as time wore on I came to feel it was actually also suited very well to film. At first I was also worried it was going to be a pretentious movement piece – over the heads of many, but then moments of genius humour, executed with hilarious sincerity by the performer removed any chances of it being pretentious. I feel I was quick to try and pin this piece down, when it’s actually something quite unique, with an interesting point to make. Don’t make the same mistakes as me, approach with an open mind and heart, allow yourself to be transported with this brief, amusing and different short.

Writer and director Molly Manning has set out to create a new comedy with Angelino Heights playing on lesbian stereotypes to the extreme. Though in moments amusing, I wonder if hardwiring these stereotypes serves any benefit to a community that already struggles with internalised homophobia. It felt dated, and at times like a parody, though I’m not sure that was the desired effect. I acknowledge Manning’s desire to create a parallel to the 1980s sitcoms heterosexual audiences were used to, packed with archetypes and a certain type of humour, but as they have all moved on, I feel so should their LGBT counterparts. It felt like a step back from The L-Word, and would possibly work well as a spoof, but currently sitting on the boundary of more than one genre, it didn’t quite work for me.

The predatory lesbian trope has certainly frequented our screens over the years, and this short is another example of that classic stereotype. It’s uncomfortable to watch, likely to have you squirming in your seat and burying your face in your neighbour’s shoulder as you await the unfolding of awkward events, which you correctly predict will happen. If you’re partial to a spot of cringeworthy suspense, this is the one for you, and a bit like the proganist , this short lingers just behind you for a while after watching.

All in all we highly reccomend the shorts programmes and feel that BFI Flare have done a fabulous job in curating the programmes to ensure there’s something for everyone.

Book now to watch at BFI
Or if you’re keen to watch at home, why not visit the BFI player website and watch a range of brilliant films from the comfort of your own sofa? 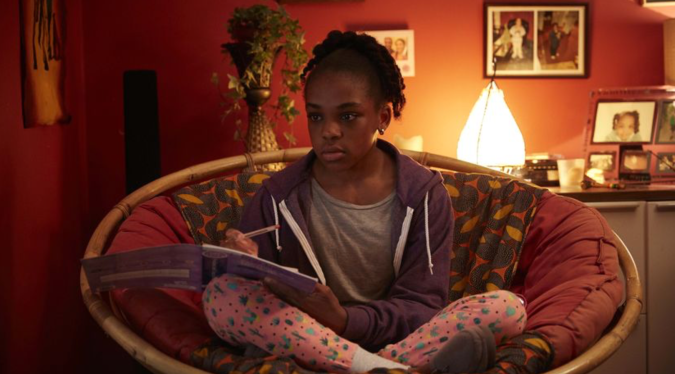