What happens when you accidentally steal 300 stamps from the nice elderly lady at the post office? A fantastical, fragmented hour filled with fun galore. Be ready to follow the story of an incidentally gay millennial and his quest… to send letters. With too much time and too many stamps, Will (played by Will Jackson) is a well-meaning and lovable protagonist. Through reciting letters, dancing and lip-syncing he shares his tale. Starting by sending letters to his first crush, friends and family, the letter writing soon escalates with often comedic consequences. Especially when he starts to impersonate a young child with suggestions for the new John Lewis advert. The multi-roling could be stronger from Jackson with some of the physicalities and voices being unclear; at times it was confusing which persona was talking to us. However, his conviction and playfulness as a performer was truly infectious. His comic timing, use of pause and pace made for an enigmatic storyteller. Great puns scatter the writing (credit to Will Jackson) and were supported by enjoyable visual gags. The utilization of space showed a strong vision from the director (Anna Himali Howard) and the sound design (Tom Rackman) kept the piece fresh all the way through. From strong physical transitions and object play work, the show proved to be flamboyant and entertaining. Who doesn’t love humming along to Celine Dion and tapping their toes to Kylie Minogue? But nonetheless these sections did not move the narrative along. In fact, as refreshing as it was to have a story about a gay man that didn’t limit itself to a homosexual demographic, it was a shame that the overarching story-line lacked punch, merely hinting at the powerful show that could have been.

Yours Sincerely heads up to the Edinburgh Fringe this August. For more details and booking info follow the link. 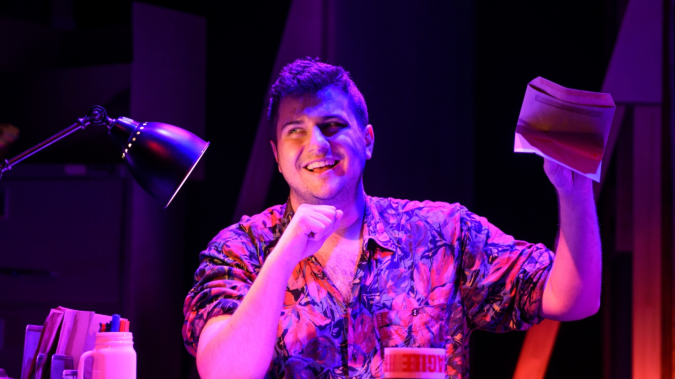