A work-in-progress by fledgling performer Marlow, the title is apt. There’s the seed of a strong concept here – in how we can find our sense of identity in adulthood by tracing back to the genesis of suppressing that identity, in acts of childhood self-preservation. That universally queer experience. Marlow’s theory is that, by doing this we can take back our narrative to rewrite our future.

Playing an exaggerated version of themselves, Marlow is an engaging performer, but a one-person show, drawing on such personal experiences, should feel more honest than this does. Maybe it’s the point, but we’re still seeing the artifice of Alex, more than the person beneath.

Marlow moves in and out of their drag persona, bookending the show with a lipsynced introduction (to his own voice – a pleasingly meta device) first as Drag!Alex, then, peeling off the drag like a layer of armour, as IRL Alex – insofar as anyone (including Alex himself) knows who that might be. The movement and acting choices through these transitions are mature, humorous and well executed, evidence of a strong creative team. Elsewhere in the show though, there is an overreliance on stillness that undoes some of the tension and brings us out of the world of In The Beginning.

In The Beginning is clearly unfinished, Marlow has a good sense of how they want to tell the story, but not quite what it is they want to say. It’s rich with promise, but lacking the honesty of performance or profundity of self-reflection that will make this a standout piece of theatre. A line that did linger, long beyond the applause, was adult Alex’s response to family denial and homophobic playground taunts: I wanted them to be wrong. A sentiment so many of us are familiar with and the words of a creator who is in the process of proving themselves. 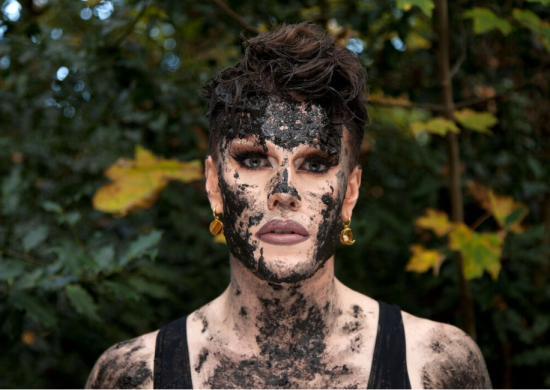